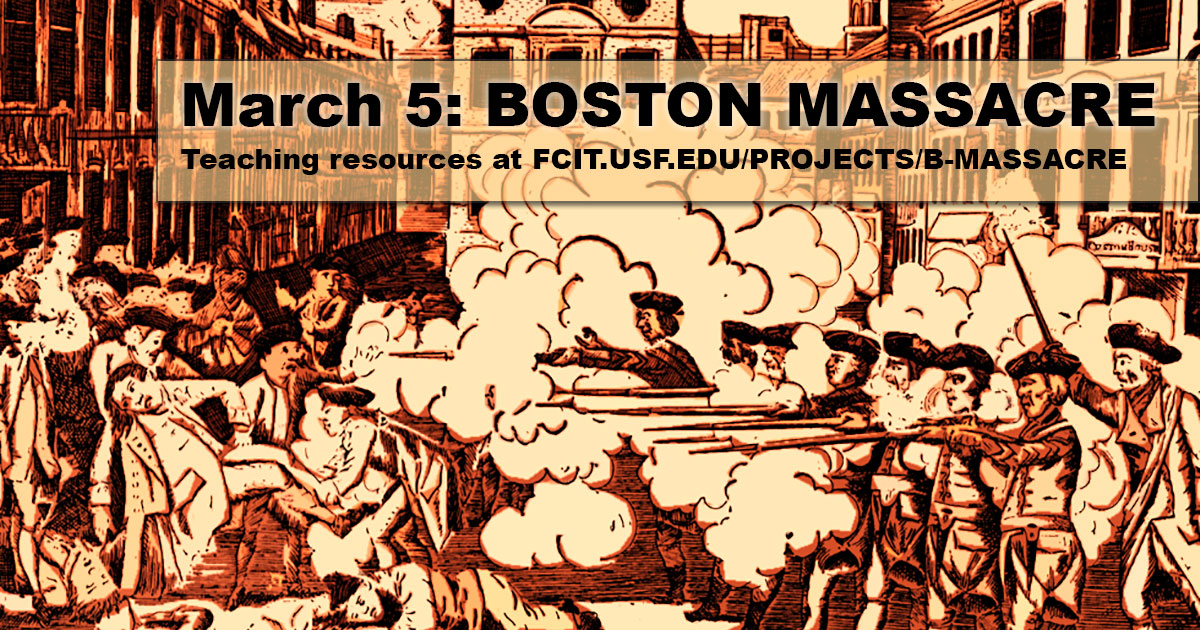 Use this banner on social media to share this collection of Boston Massacre resources. 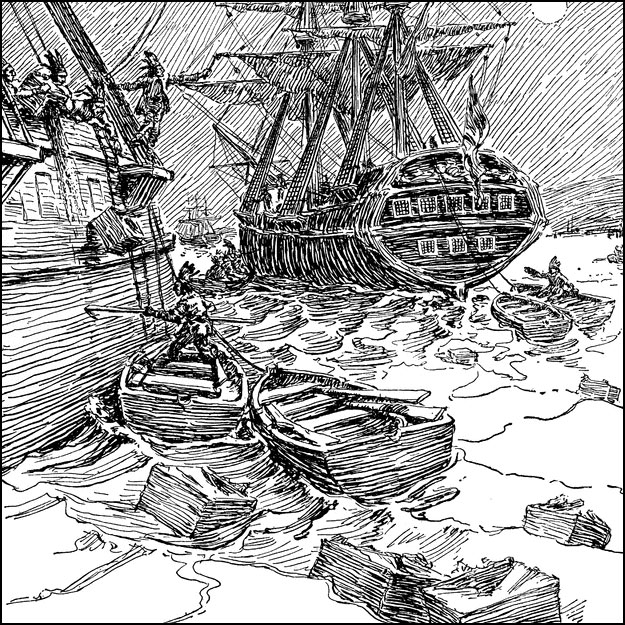 Over 500 illustrations of the American Revolution are available on the ClipArt ETC website. 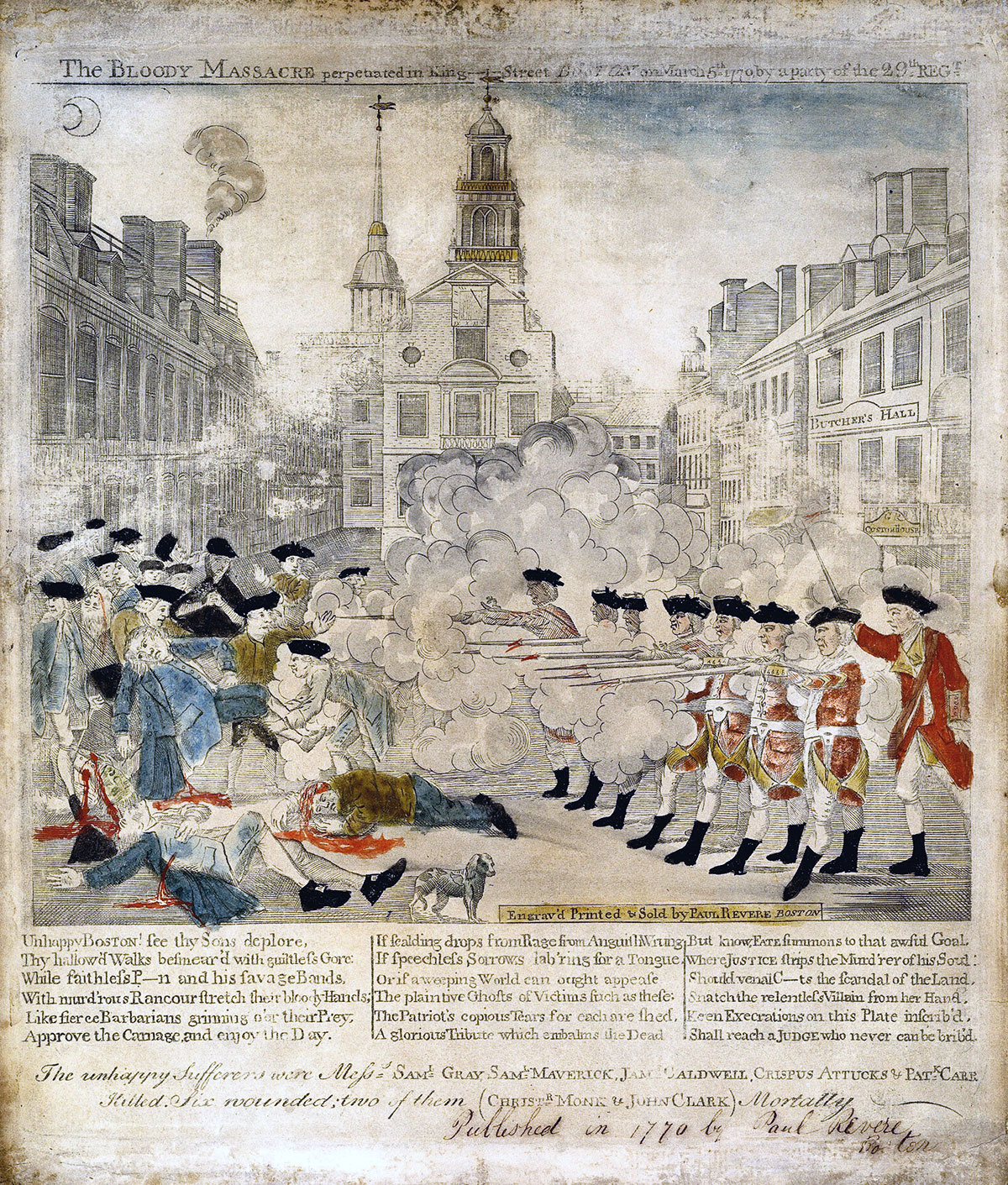 Political poster “Engraved, Printed, & Sold by Paul Revere Boston.” The poster was titled, “The bloody massacre perpetrated in King Street Boston on March 5th 1770 by a party of the 29th Regt.” 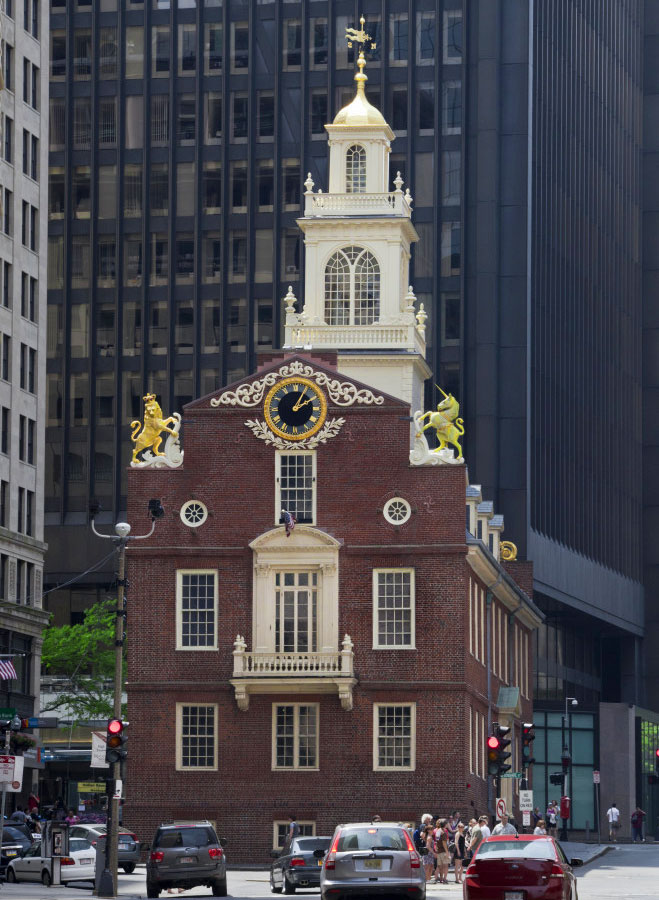 The ClipPix ETC website has photos of the Old State House. Do you recognize it from Paul Revere’s engraving? 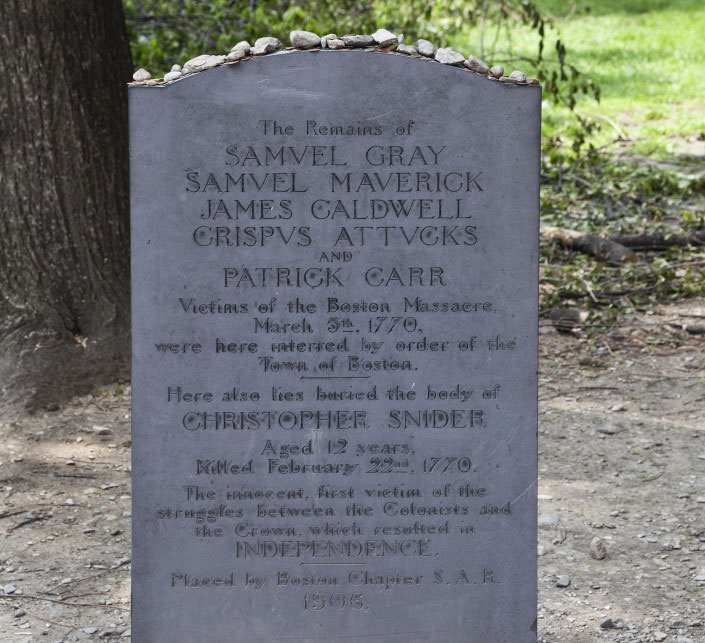 This photo of the grave marker for Samuel Gray, Samuel Maverick, James Caldwell, Crisps Attucks, and Patrick Carr is from the Granary Burying Ground gallery on the ClipPix ETC website. 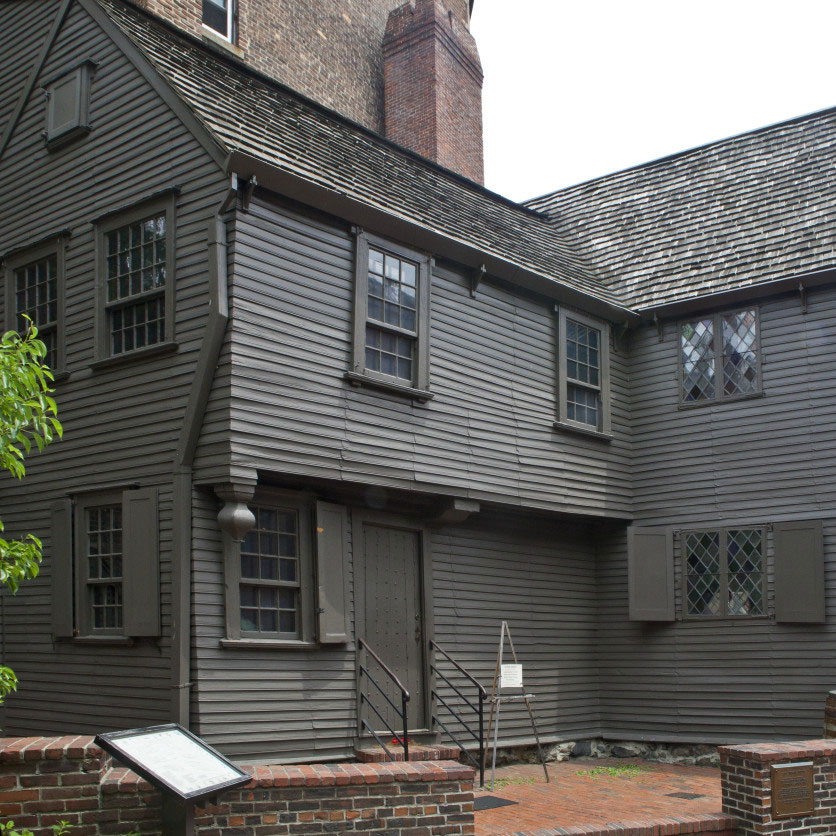 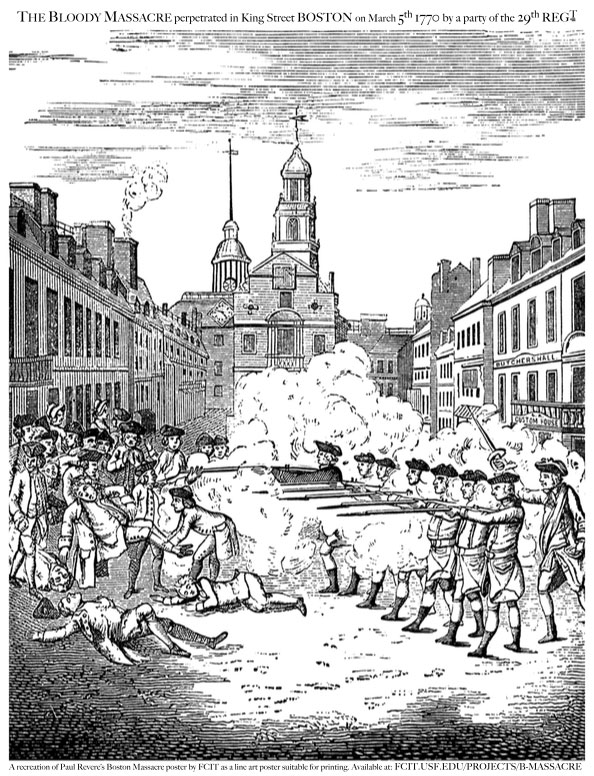 We’ve created a simple line version of Paul Revere’s poster as a letter-sized PDF so you can easily print it for classroom use. The PDF is 2.8 MB, so it may take a moment to download. 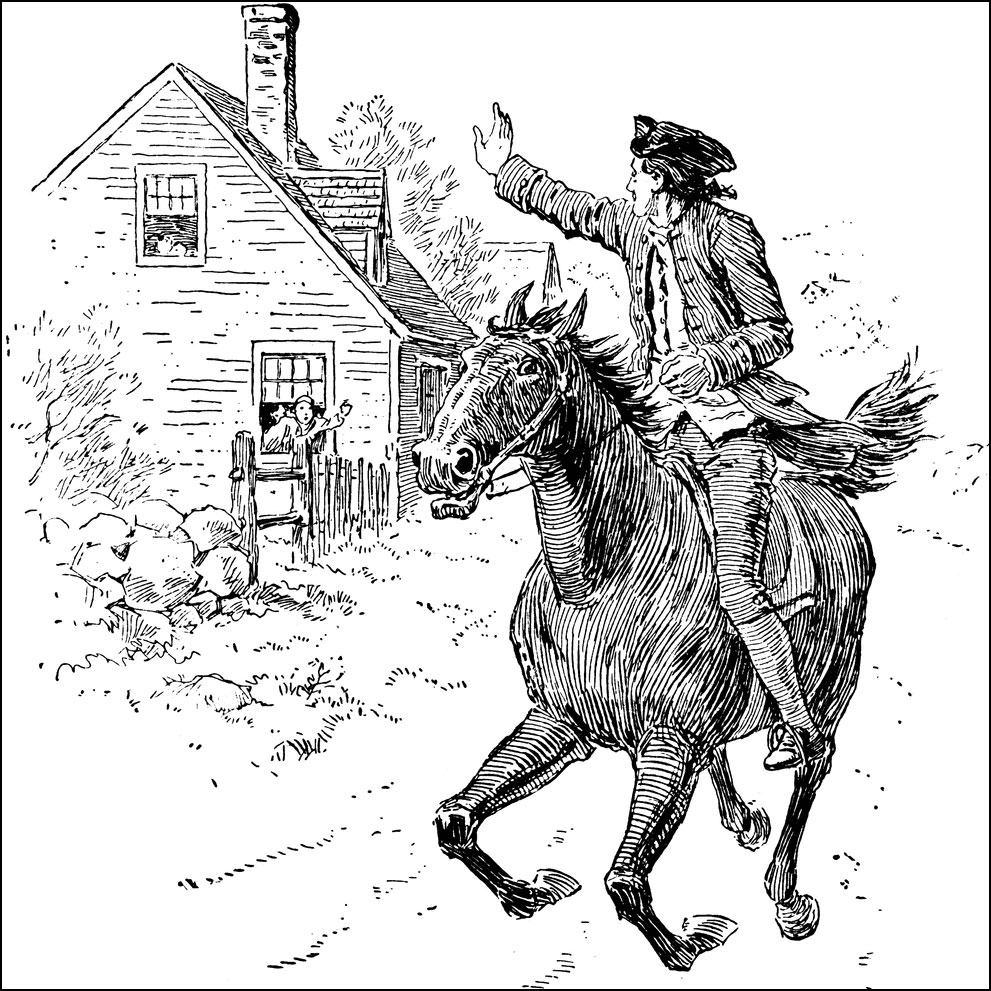 Paul Revere may now be best known for his Midnight Ride, but he was known during his lifetime as a prominent Boston silversmith, engraver, and early industrialist. Illustration from the ClipArt ETC website. 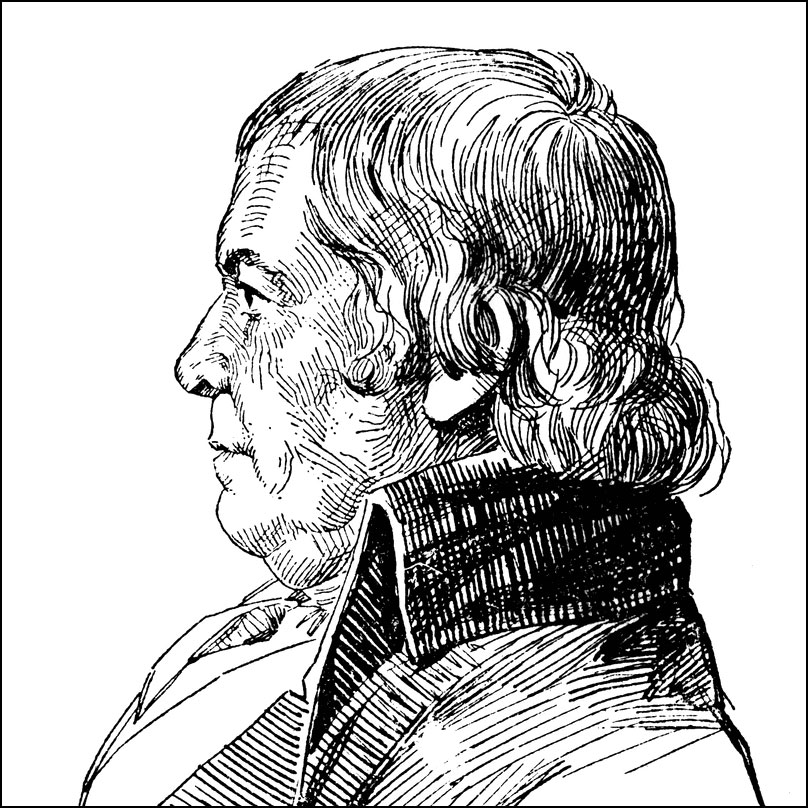 Portrait of Paul Revere, the artist who created the famous engraving of the Boston Massacre from the ClipArt ETC website.