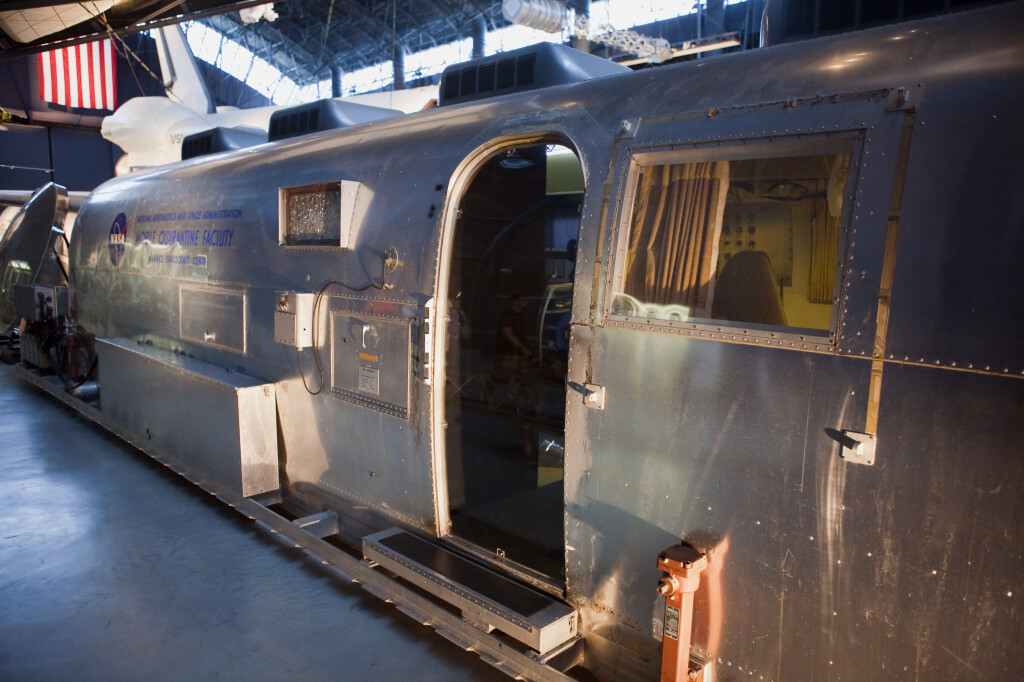 This mobile quarantine facility (MQF) was one of four built by NASA for astronauts returning from the Moon. A converted Airstream trailer, the MQF contained living and sleeping quarters, a kitchen, and a bathroom. Quarantine was assured by keeping the air pressure inside lower than the pressure outside, and by filtering the air vented from the facility.

COVID-19 has shown us how quickly and easily a virus can travel from one spot to nearly the entire world. Over 50 years ago, scientists were concerned that astronauts returning from the Moon might bring back some sort of “moon bug” that could quickly spread through Earth’s population. Hence, it was decided that the returning astronauts would have to be quarantined for a period of time to see if they developed any sort of “moon disease.” The MQF housed the three returning Apollo astronauts, a physician, and an engineer.

Four Airstream trailers were modified as quarantine facilities for use in Apollo missions 11, 12, 13, and 14. The MQF trailers were not used beyond Apollo 14 as it was decided the Moon was a sterile environment and posed no danger of infecting astronauts with “moon bugs.” This photo provides an interesting starting point for a discussion of the history and reasons for quarantine. Here are some questions to get a conversation started and get students searching for answers: