Once Upon a Dime with the Twelve Dancing Princesses

In this series, we are using classic children’s tales to introduce problems and have students come up with solutions. For example, in this activity, you will meet Bessy, the great granddaughter of one of the Twelve Dancing Princesses. Bessy inherited all of the dressy costumes her relatives collected over the years and decided to open a fancy dress costume rental shop, Dressy Bessy’s. 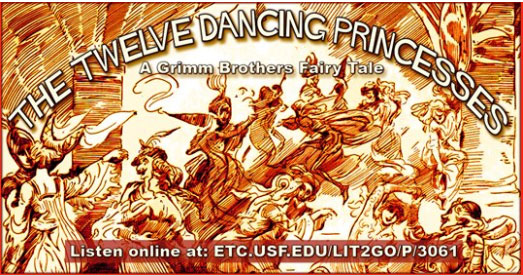 THE TWELVE DANCING PRINCESSES
By the Grimm Brothers

Then explain to your class what happened next:

The soldier and the eldest princess were very happy together and the King was delighted to have a son-in-law and heir who was more clever than any of the princes who had lost their heads trying to discover the mystery of the worn-out shoes. The King was also delighted when, in the following year, his eldest princess presented him with his first granddaughter.

After many happy years, the King died at a ripe old age and the soldier and the eldest princess were crowned King and Queen of the Land. Alas, when the new Soldier King asked for an accounting from the royal treasury, he discovered that the kingdom was in great debt because the Old King had spent all his money on his twelve dancing daughters whom he loved dearly. In those days, it was very expensive to properly raise one princess, let alone a dozen princesses!

The new Soldier King was forced to sell the castle to pay off the many debts the kingdom owed. All they had left was the Queen’s wardrobe of spectacular dresses. And what a beautiful collection it was! Being a very clever Soldier King and having a Queen who knew so much about proper fashion, they decided to open a costume shop. Soon, they had many customers lining up to rent the beautiful costumes for fancy dress parties. They added many different costumes to their collection and lived happily ever after.

Now read the email message from their great-great granddaughter, Bessy.

My name is Bessy and I own a costume shop called Dressy Bessy’s. You might remember my great-great grandmother. She was one of the twelve dancing princesses––the one who married the soldier. Over the years, the shop has grown and we now have too many fancy costumes and not enough customers! I suggested that we should open an online store. So, now I need some help writing product descriptions of the costumes. A product description is the kind of writing you see beside goods you are buying online.

Your teacher told me that you were learning how to write with descriptive language. For each item, we need a product description. I have provided an example below, so you can plan your product descriptions. When you are finished, please send them to your teacher so she can email them to me at the shop.

We look forward to hearing from you soon!

Here is a sample product description of one of the costumes from my shop.

My business partner, Ella Charming told me that isn’t a very interesting product description, so I wrote this one:
This 19th century woman’s dress is made to look beautiful, yet is still comfortable. The fabric is made of natural fibers and is very soft on the inside. It has a hint of shimmer with a playful polka dot pattern. This is the must-have costume to wear for a late 19th Century party!

Do you see how much more my product description will encourage buyers to purchase the product?

Here are some hints to help you write a good product description: 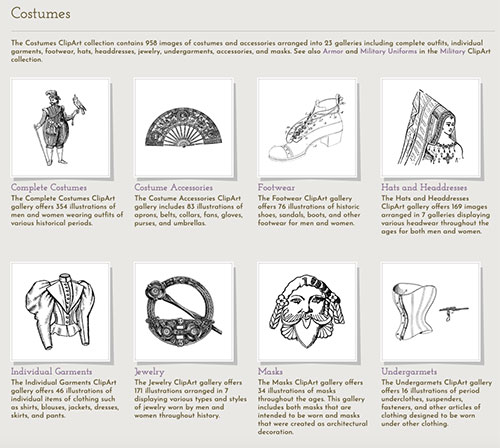 Select the product to describe from over 900 costumes and accessories in the Costumes section of ClipArt ETC.

We hope you live happily ever until next time we post . . . .

Dr. Deborah Kozdras has worked with students from K-20 and now provides professional development and creates curriculum for K-12 educators at the University of South Florida Stavros Center.