Photo of the Month: Guess Who? 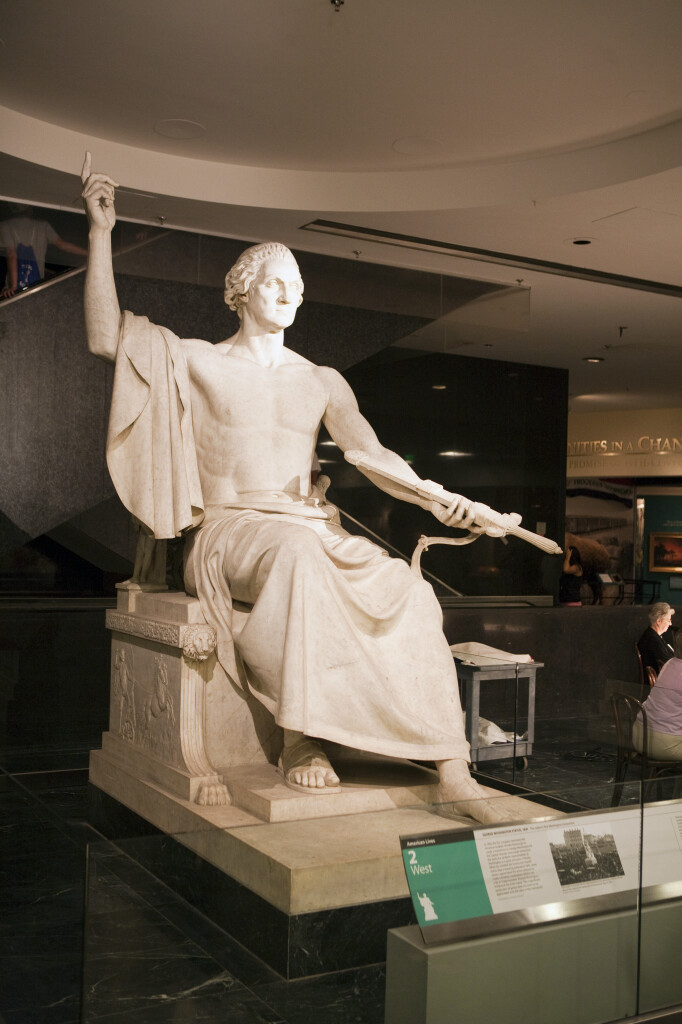 Here is an interesting photo to show your students to see if they can guess who the sculpture represents. Don’t be surprised if they guess an ancient Roman emperor or perhaps even Zeus. Those really aren’t bad guesses, especially if they’ve noticed the Greek god Apollo carved on the side of his throne. You’ll probably want to ask your students to explain their choices. If they get entirely stuck in the ancient world, you could give them the hint that it actually represents an American president whose birthday we celebrate in February.

In 1832, the U.S. Congress commissioned Horatio Greenough to create a statue of George Washington for display in the U.S. Capitol rotunda. When the marble statue arrived in Washington, D.C. from Italy on July 31, 1841 it immediately generated controversy and criticism on its installation in the rotunda. Many found the sight of a half-naked Washington offensive, even comical.

Less than two years later, the 12-ton sculpture was removed from the rotunda and placed atop a pedestal on the east lawn of the Capitol. In 1908, it was moved again, this time to a crowded room in the Smithsonian Castle. Finally, in 1964, it was moved across the Mall into what is now known as the National Museum of American history. I took this photo when the sculpture was located near the escalators. The entire floor has been redesigned so that now the sculpture rests in a more appropriate alcove.

What Was Horatio Greenough Thinking?

Greenough did, indeed, base his sculpture on what was known of the ancient Greek sculptor Phidias’ great statue of Zeus at Olympia. It was one of the Seven Wonders of the Ancient World. Greenough sculpted Washington with one hand pointing to Heaven and in the other he is holding a sheathed sword, hilt forward, symbolizing his turning the power over to the people at the end of the Revolutionary War. That all sounds very good on paper, but to the American eye, the result was more likely to suggest that the president was stepping out of his bathtub than taking his place among the greats of the ancient world.

If students wish to explore the sculpture in detail, the Smithsonian Institution has an interactive 3D model they can manipulate. 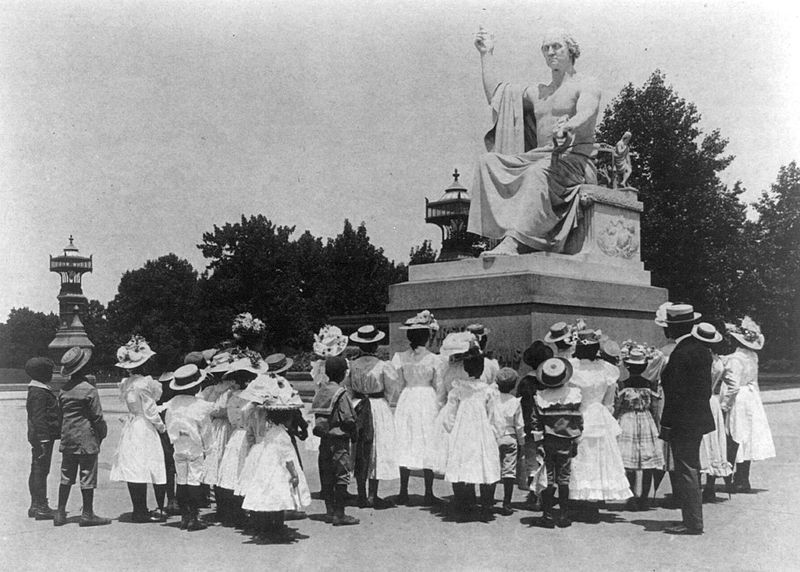 Washington on the Capital Lawn 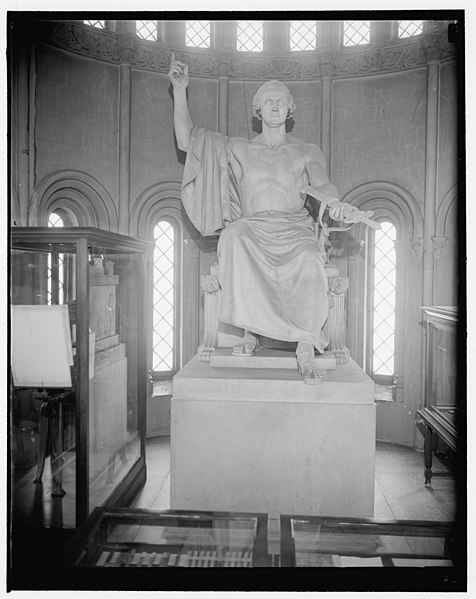 Washington in the Castle

This photo shows the Greenough sculpture relocated to the Smithsonian Institution Castle. The sculpture is surrounded by display cases. A larger version is available on Wikimedia Commons, but the metadata seems to be incorrect.