Photo of the Month: Boats on a Train? 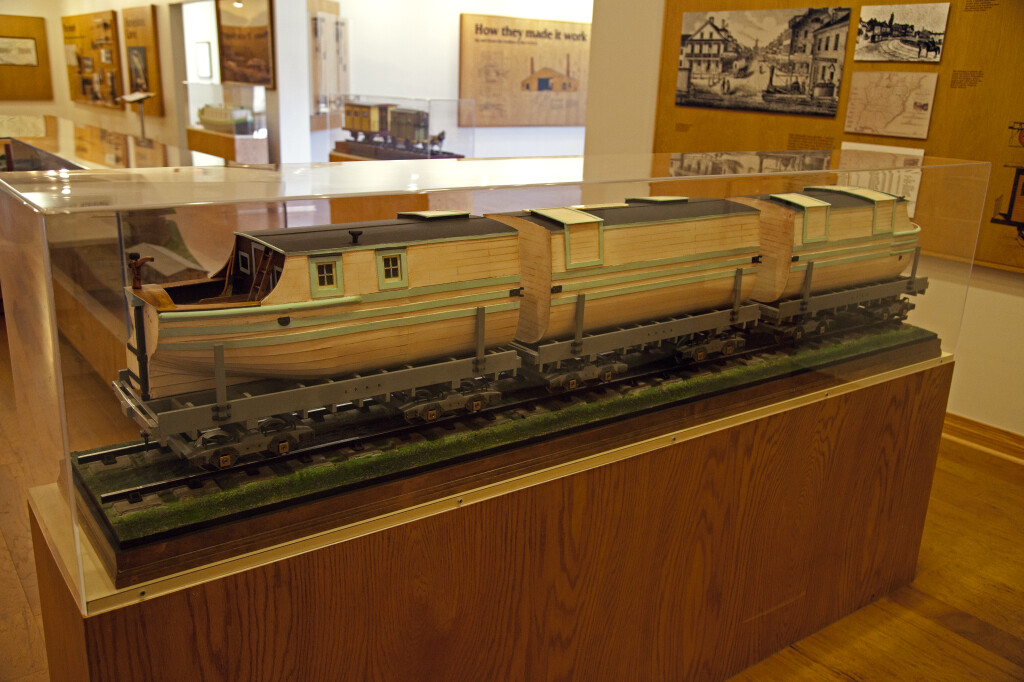 This is a model of something that existed in Pennsylvania between 1834 and 1854. So that you can better see the details, here are several additional views. Click on any photo to enlarge it. 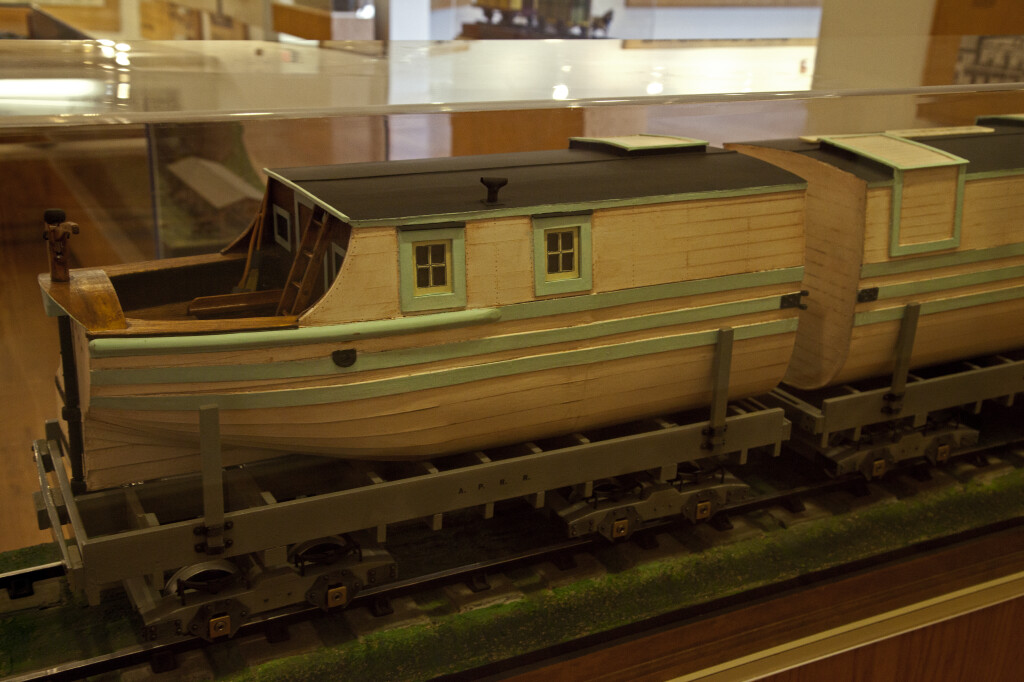 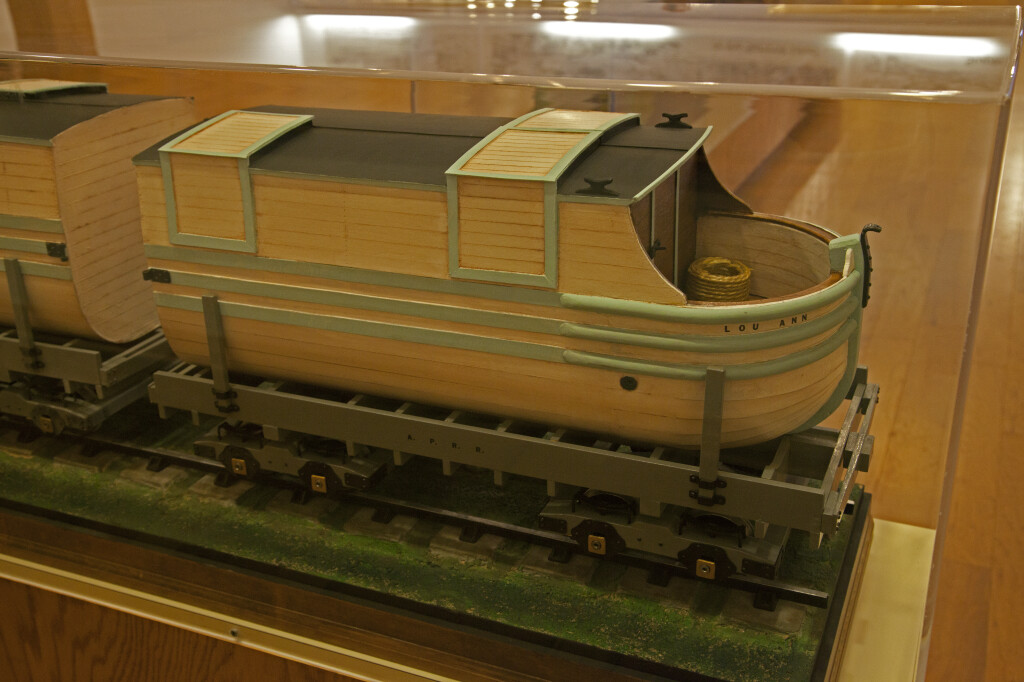 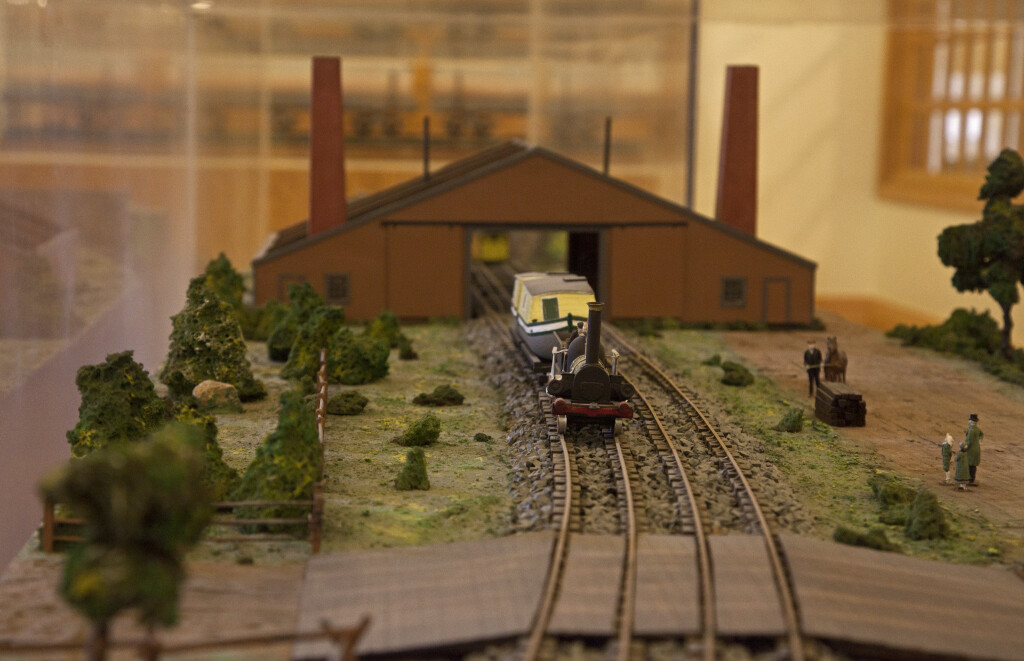 This is a great photo for a class discussion. What is a boat doing on a train? Why does the boat come apart in three sections? How would such a boat be powered? You’ll probably receive some very wild guesses from students and pique their curiosity about the topic you’re about to introduce. 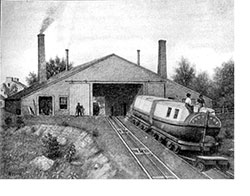 The Allegheny Portage Railroad (APR) is a rich topic that your students probably are not familiar with, although it was once a celebrated technological marvel in the U.S. Here are some sources of information about it.

Technology. The ARP was the technological marvel of its time. It included the nation’s first railroad tunnel. Wire rope replaced hemp rope and was later used by John Roebling when he designed the Brooklyn Bridge.

Trade. What sorts of raw materials were shipped east on the APR and what manufactured goods were shipped west? Where else have we seen that trade pattern?

Transportation. How do systems of transportation improve and replace each other? Originally, travel west across Pennsylvania was by Conestoga wagons and took 23 days. Alternately, goods could be shipped by boat from Philadelphia down the East Coast, through the Gulf of Mexico, and up the Ohio River to Pittsburgh, a distance of 4,000 miles. The APR reduced the travel from Philadelphia to Pittsburgh to 4 days and replaced the Conestoga wagons. Twenty years later the Pennsylvania Railroad completed a rail line across the state and reduced travel time to 13 hours signaling the death of the APR. See further discussion at the NPS page on the Skew Arch Bridge.

Geography. The APR connected two canals that were in two different watersheds. How does locating the drainage divide in Pennsylvania help us to understand the challenge of building the APR?

Economics of Public Projects. The APR was built partly in response to New York State’s building of the Erie Canal. The Erie Canal was a huge success and paid off its debt in its first year of operation. The APR lost money every year and eventually the $16.5 million Mainline Public Works system was sold to the Pennsylvania Railroad for $7.5 million. Why do some public works projects succeed and others fail financially?

Underground Railroad. This 8-page document describes how the APR was used as a part of the underground railroad.

Vocabulary. What does the word “portage” mean? How was this term applied to a railroad?